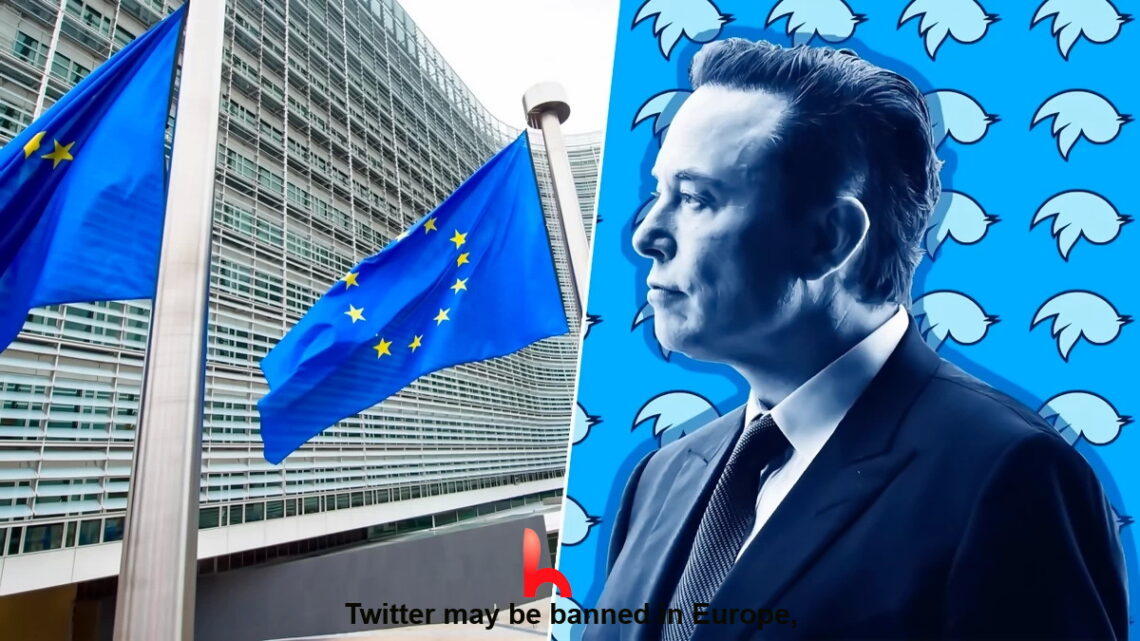 Twitter went through radical changes after it was bought by Elon Musk. The European Union, on the other hand, warned the new owner of the company, saying that he must follow the rules. Twitter could be banned in Europe if it doesn’t comply with the EU’s digital content law. A lot of people don’t like Elon Musk because of his manipulations in the cryptocurrency market, his firing of people after he got twitter and for many reasons.

According to the news in Sky News, the future of Twitter in European Union countries does not look bright. EU Industry Manager Thierry Breton said in a meeting with Elon Musk that Twitter must comply with the law.

Allegedly, EU Industry Manager Thierry Breton stated that Twitter had to abide by the Digital Services Act, which was passed in the European Parliament in the past weeks. For example, banned accounts should not be “arbitrarily” reopened. EU Industry Manager Thierry Breton said in his conversation with Elon Musk that Twitter had to meet all the requirements. “Twitter has a lot of work to do. “We should implement transparent user policies, significantly strengthen content control and protect freedom of expression.”

Disinformation and targeted advertising to certain people, which Elon Musk has long opposed, are also on the agenda of the EU. According to the Digital Services Act, disinformation posts determined by governments should be removed from the platform. As a result of the conversation, it was stated that Breton and Musk reached a joint decision. According to the report, the EU will conduct a “stress test” next year to assess Twitter’s compliance with the rules. If the company does not meet the test requirements, it will be subject to various sanctions.